Homo sapiens ‘are no longer proletarian but cognitarian’
(Zuboff, 2019 via Activist Neuroaesthetics).

Humans are biological, living organisms characterised by common features (bipedal, ritualistic, opposable thumbs, an instinctive need to belong to a group). Inside of this envelope exists the subjective and peculiar component: the self. There is a lot of pressure on individuals to conform to a group, and it often results in the fragmentation of the self. We try to cope with such friction by using various social appendages, like mobile phones, coping mechanisms, or other kinds of social strategies.

Cognitive biases (glitches of the human brain) are universal tools used by humans to lubricate their collision with the external world. They are shortcuts that condense our experience of reality, to make it clear and digestible. Biases are commonly shared identities that reveal just how fragile the balance is between “the individual” (self) and “the collective” (selves).

In a dialectic between the psychologically constructed and the human-built, various biases are accentuated, highlighted and displayed. This work presents skeletons of the mental human which arise from differing cognitive and perceptual standpoints. Chairs, much like biases, are so commonplace and banal that we don’t even think about relying on them. By burning wood, the banal exterior (bias) is removed and the carnal (the individual) is revealed.

These objects ultimately are prosthetics of the cognitive sensoriality of the Homo sapien. This room is simply an archive of human minds. 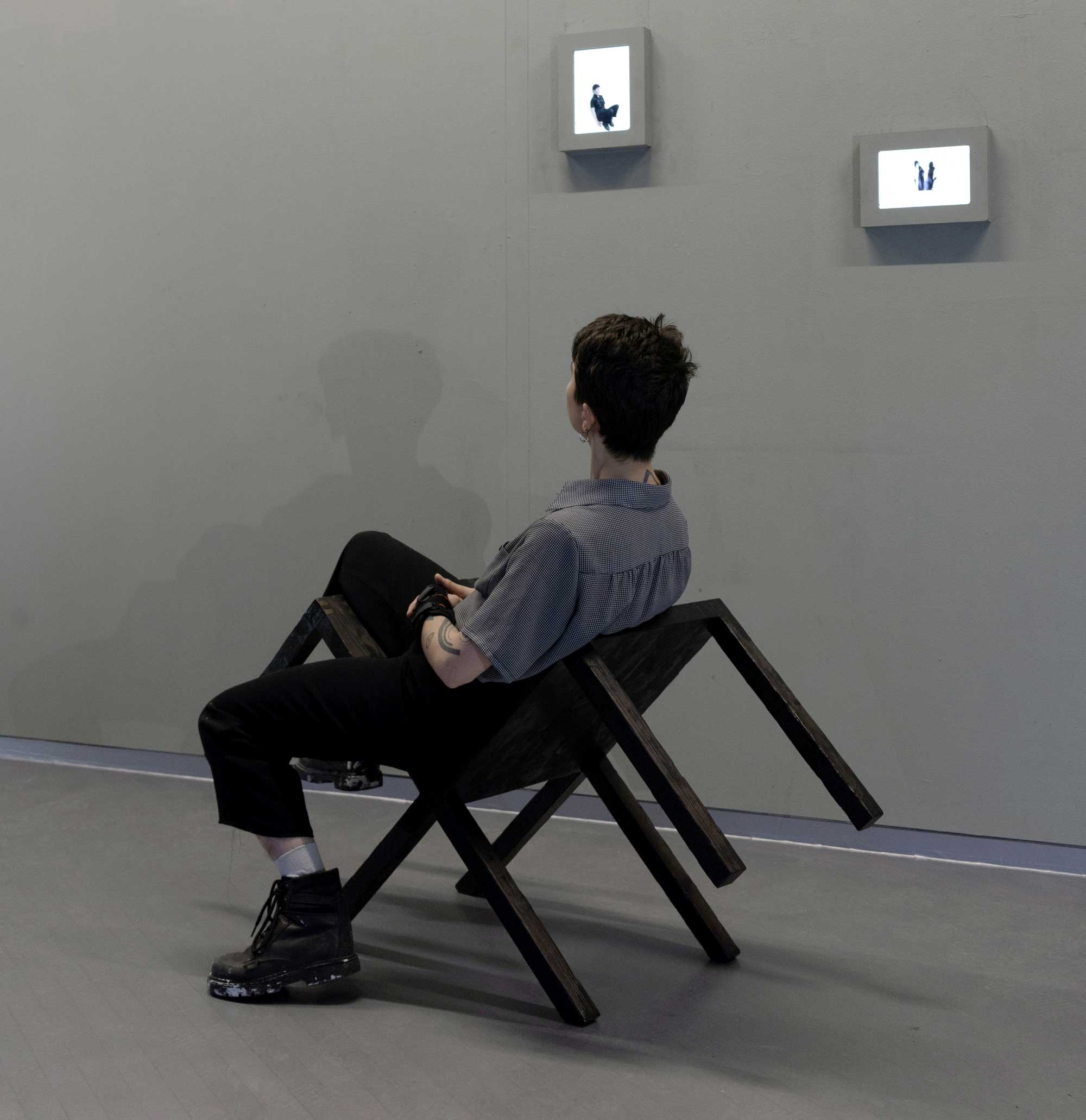 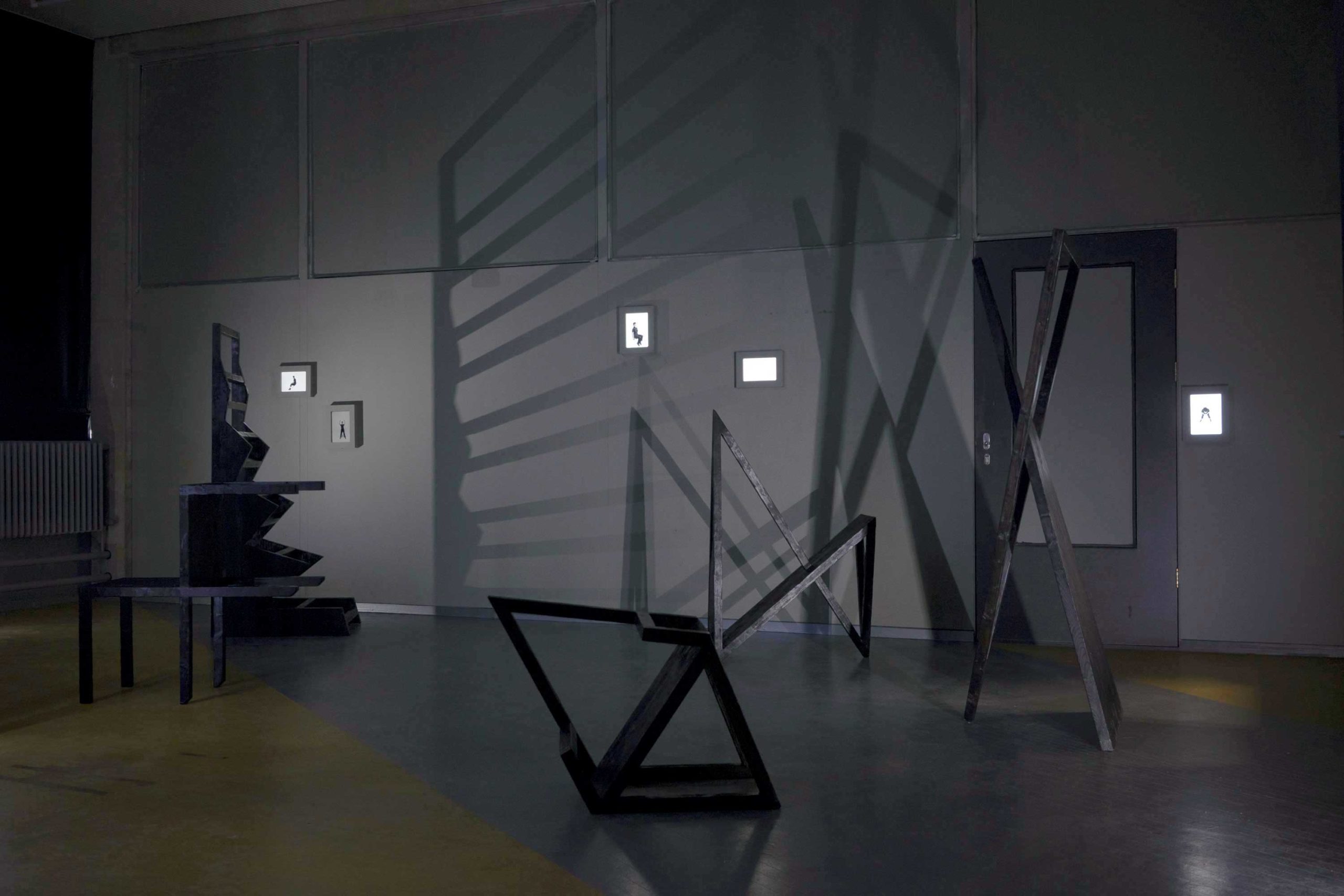 Cognitive biases are shortcut of the brain. They are here to help us to make sense of the world. Let’s say, when you cook pasta you don’t weight your pasta and your tomate sauce every time. No, because we work in heuristics, so we do approximation and it often works. It is the same here. The brain saves energy by engaging in an automatic answer to a stimulus of informations, without analyzing it. The interesting thing about it is that we all have the same biases, like a commonly shared identity. They are an evolution tools that made us where we are, even tho today there are not always adapted. They show all the fragility of the universal human but meanwhile emphasizes each self as authentic.

I studied biases that seemed to show the limit of the human in its identity or in its collectivity. I wanted to show the rituals the body does for each bias, as an attempt to make physical a cognitive process. That is why I did chairs, because our bodies rely on them the same way the brain relies on biases. 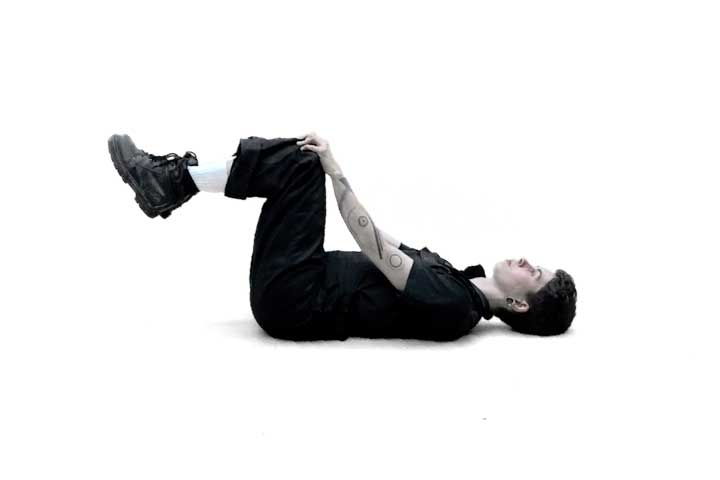 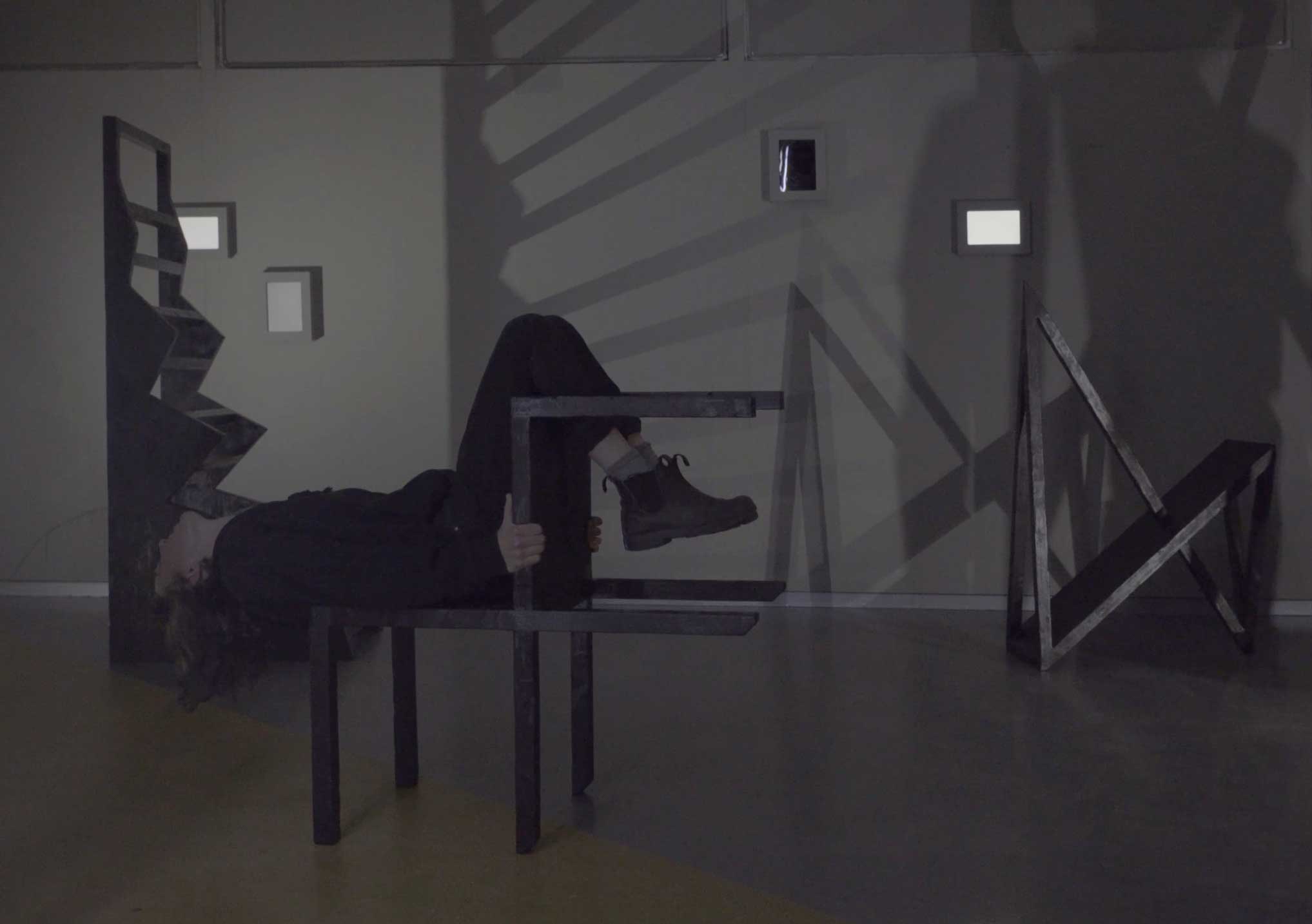 The banality of the chair and the influence in the way we have a conversation, the chair as a controlling object, full of standards. The chair, at the end, suggests the body even if there is none seated on it. And finally, the chair as the symbole of the 2021 rooted human. The modern human is seated, when they eat, are in public transport, take a shit, work, chill on the computer. The chair, as the biases, is a prosthetic to the human, an extension of the human that intent and define how one relate to another. A chair for my ass and a chair for my thoughts.

These chairs aren’t the archetypical object we imagine but spaces for the body. You can’t just sit, you need to think of how you’re going to engage with it. It’s continuous effort. First, I translated each bias into a body ritual, because I wanted the bias to be understood by using the chair and not by seeing it. It is what you see on the videos here. Then, I studied how this ritual would be in dialogue with a chair. 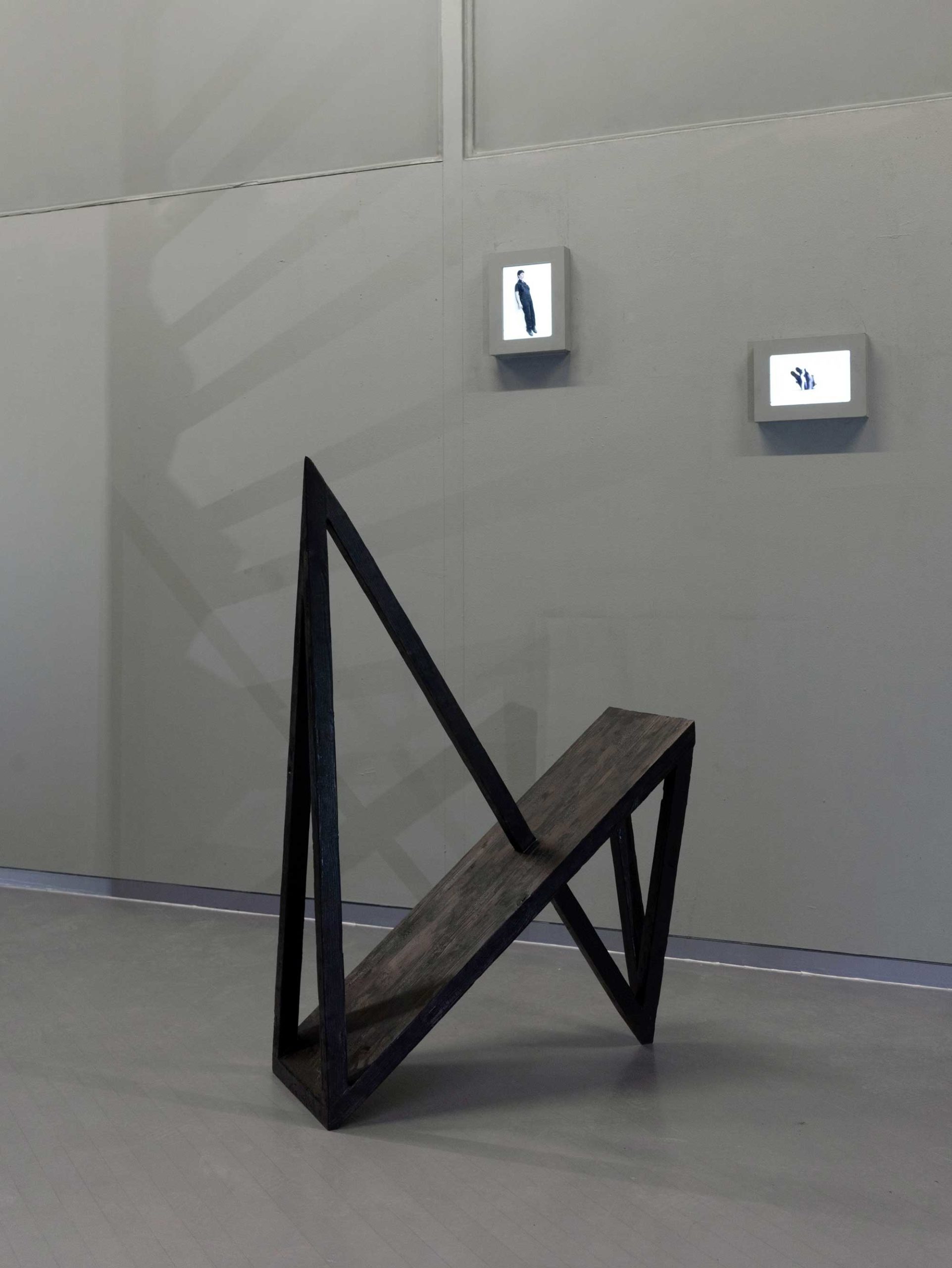 ‘The tendency to search for or interpret information in a way that confirms one’s preconceptions. ‘ 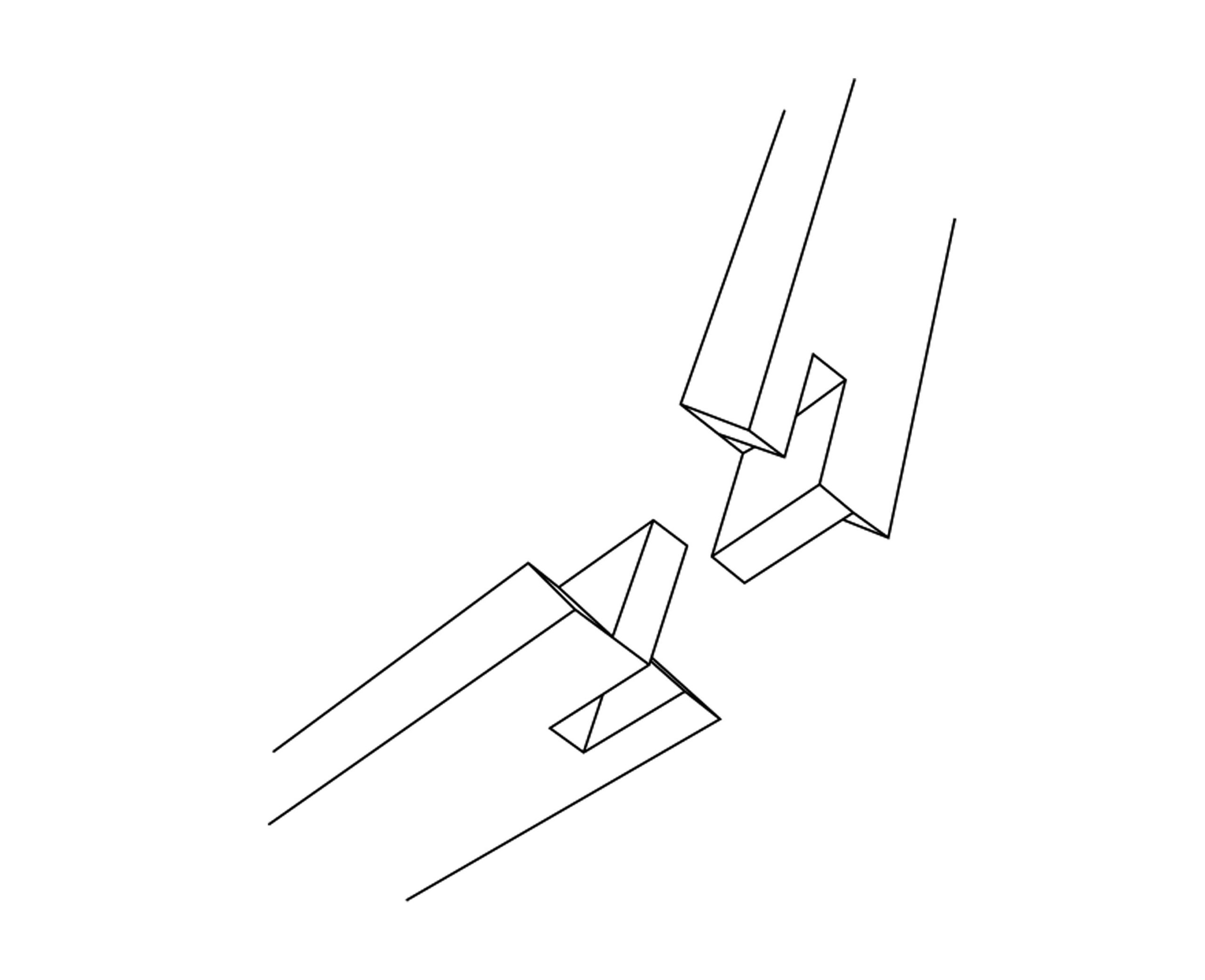 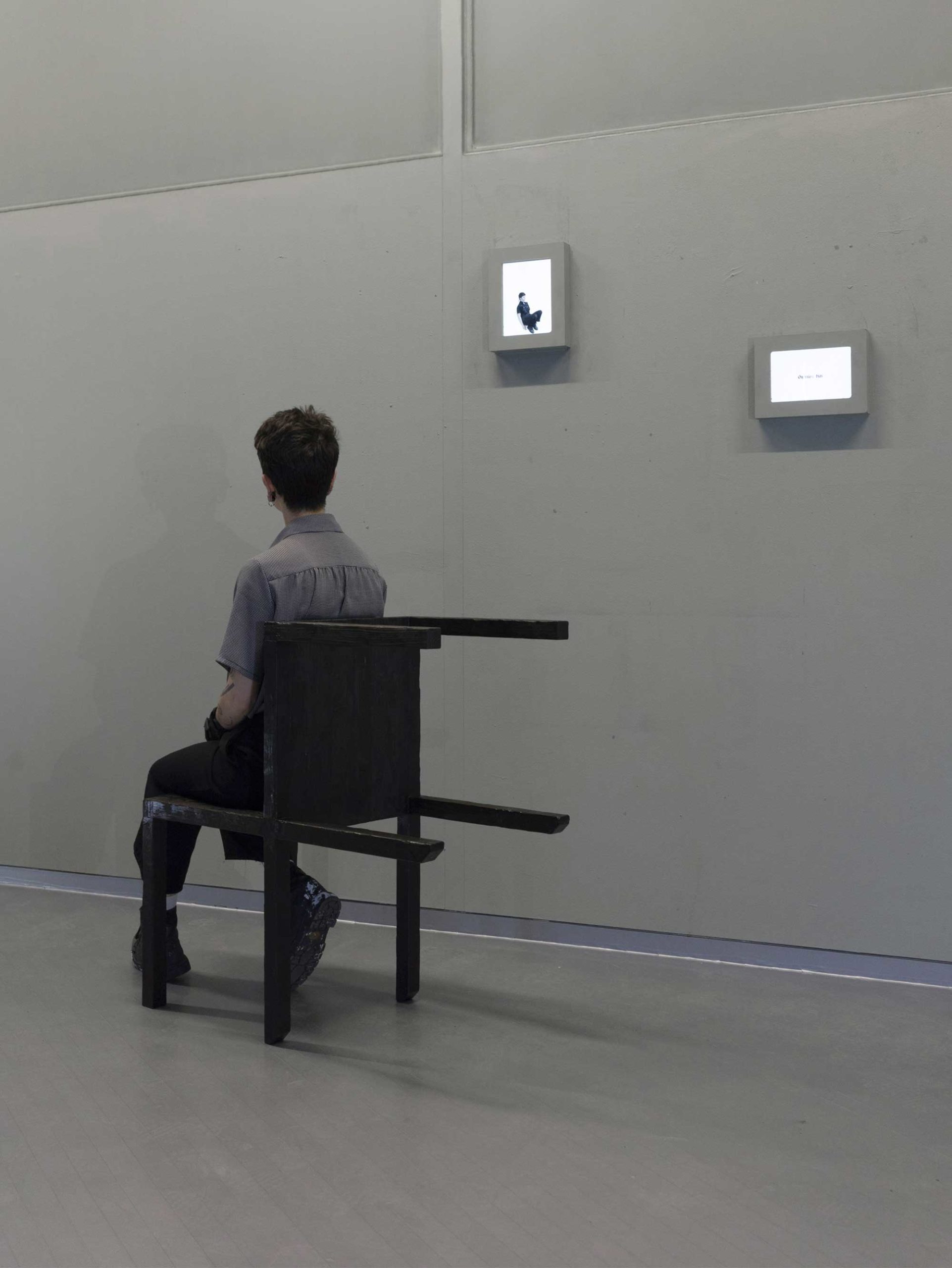 ‘When one who does something good gives themselves permission to be less good in the future.’ 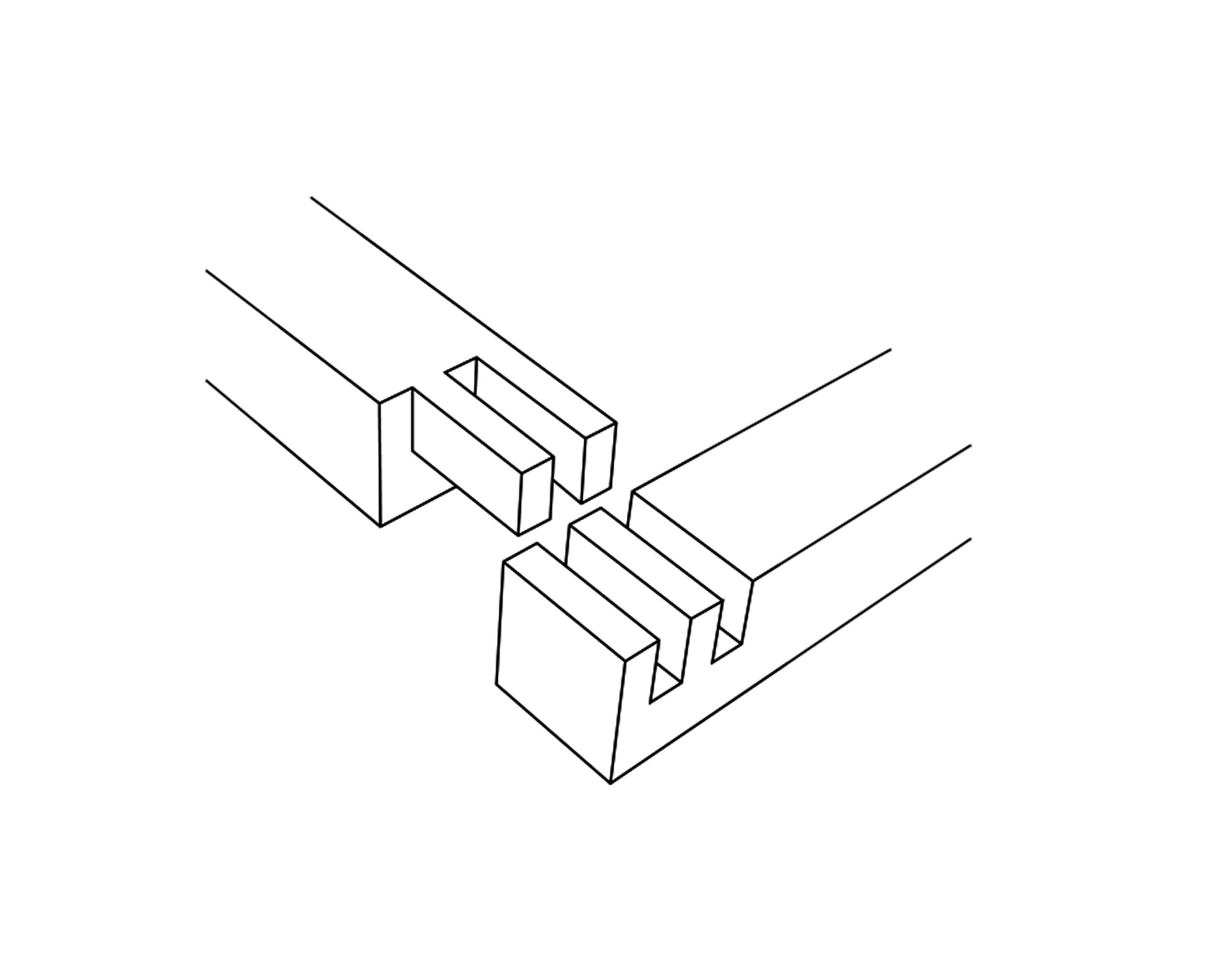 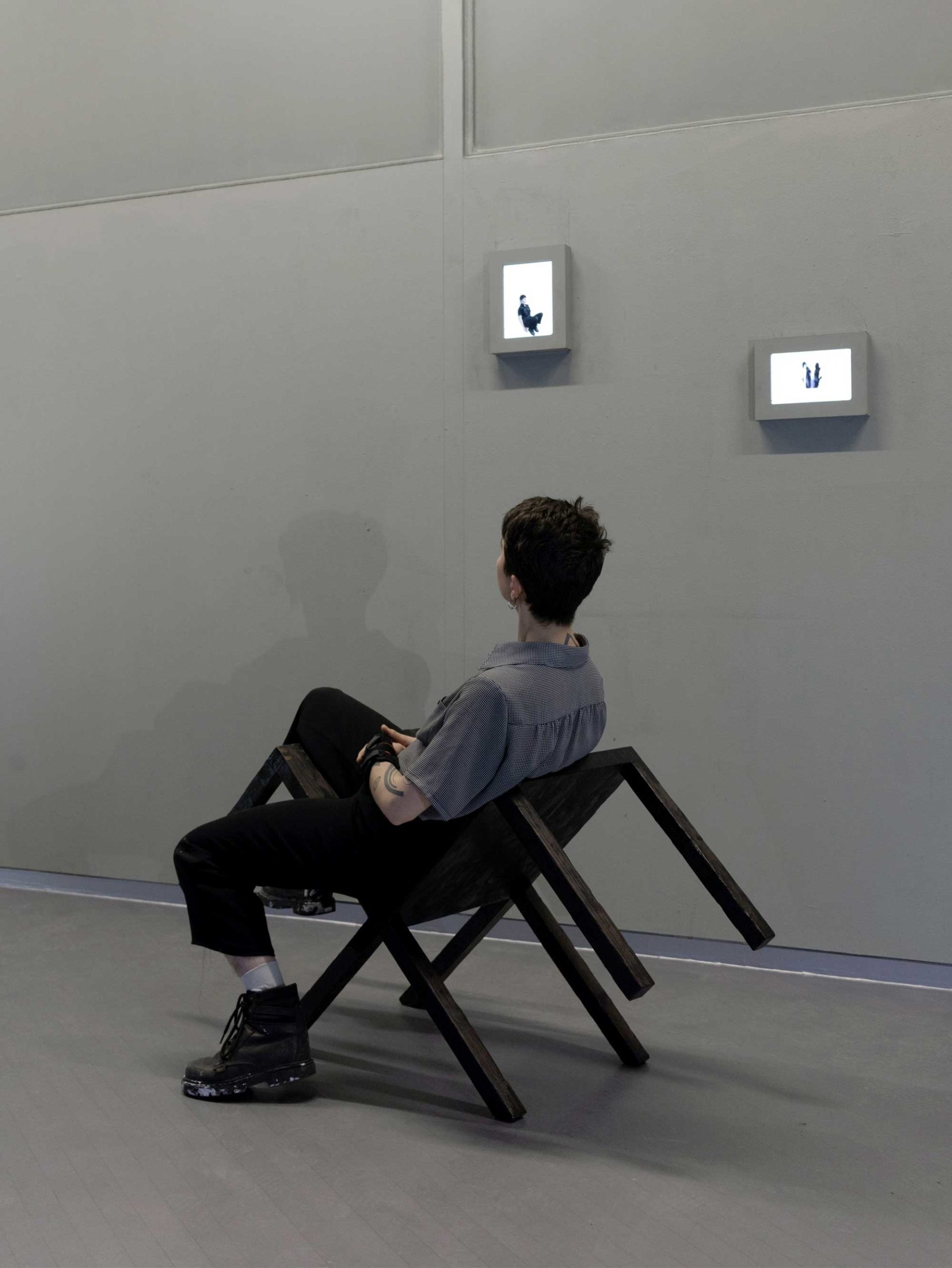 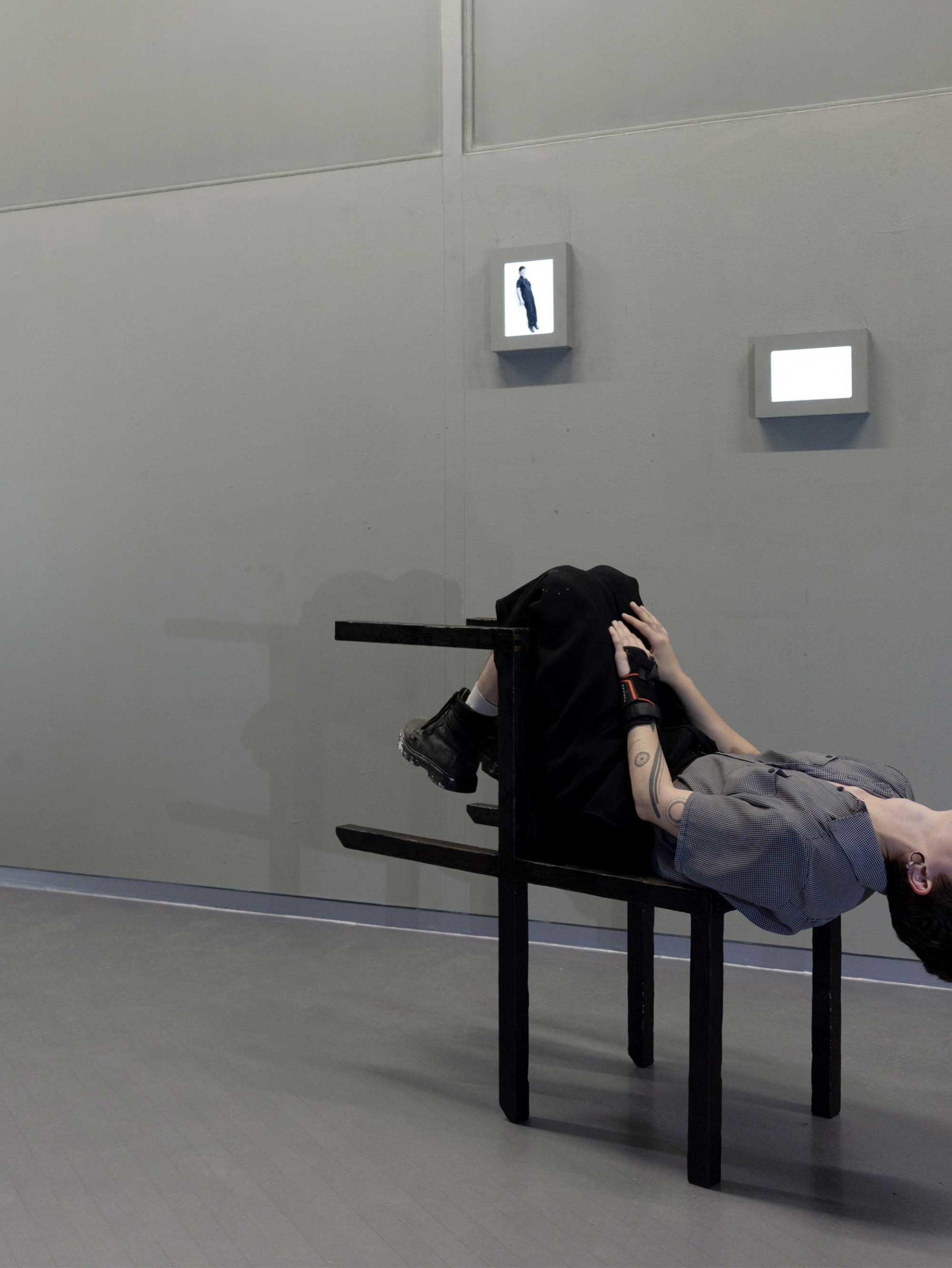 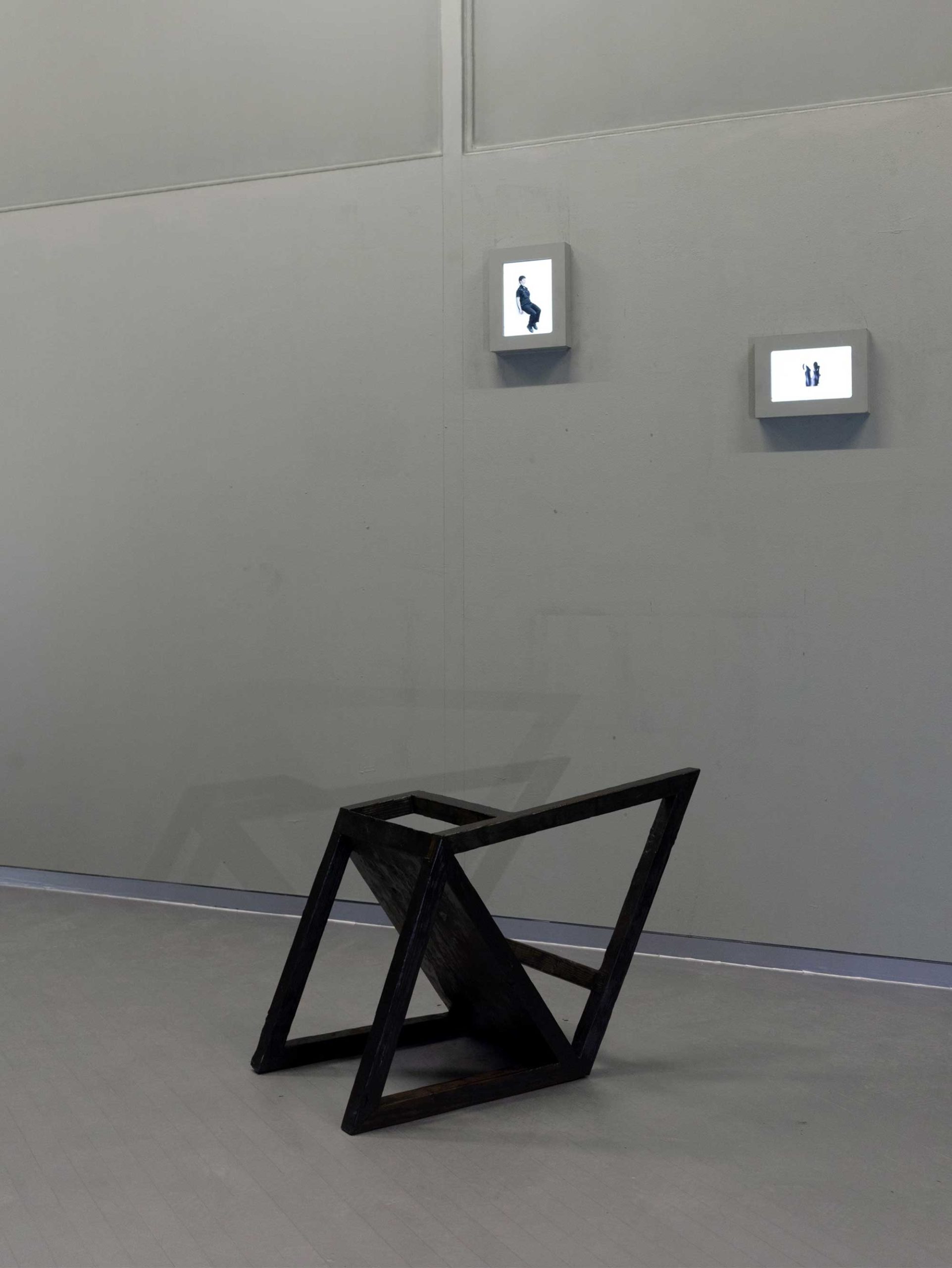 ‘The tendency to judge harmful actions as worse than equally harmful inactions.’ 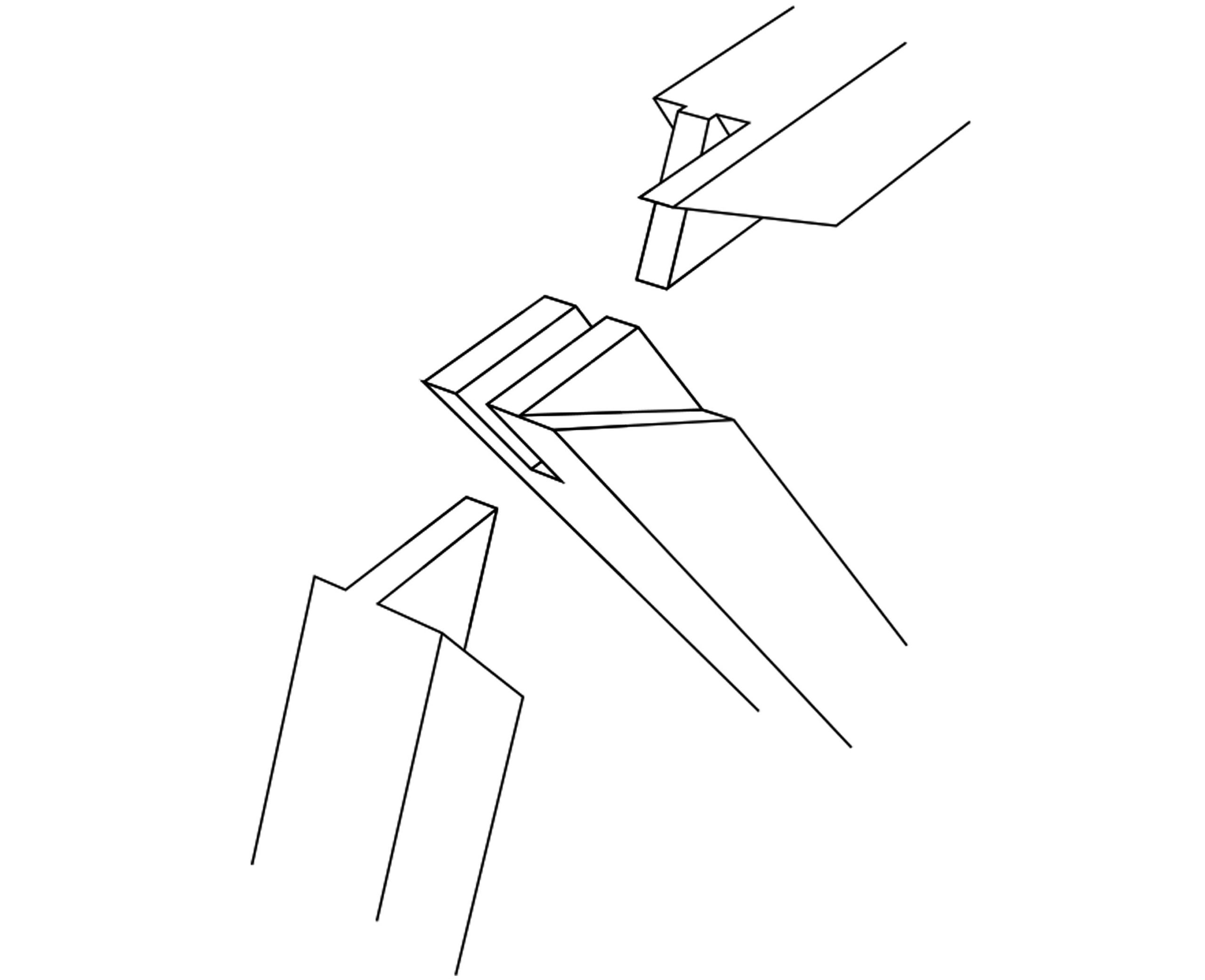 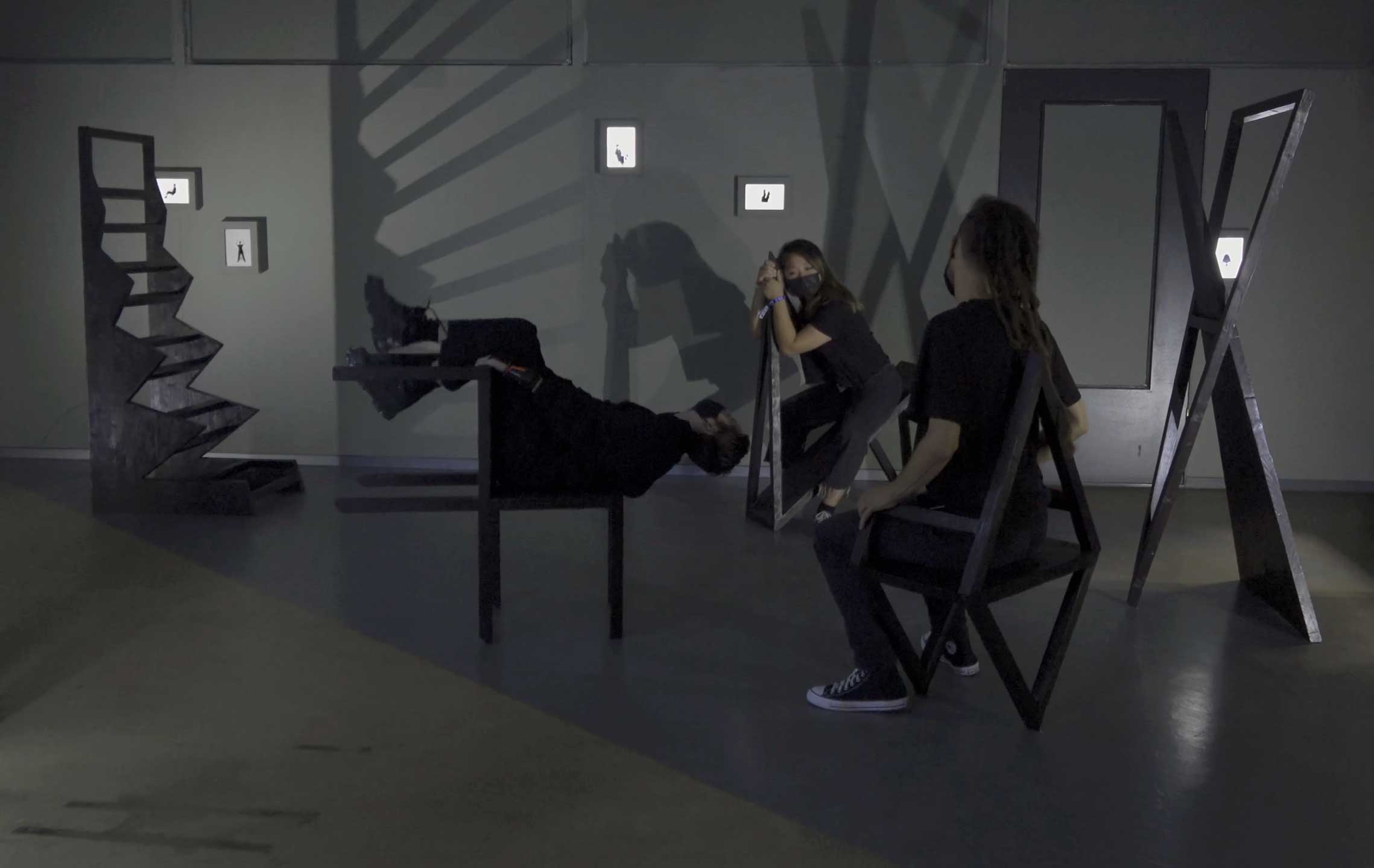 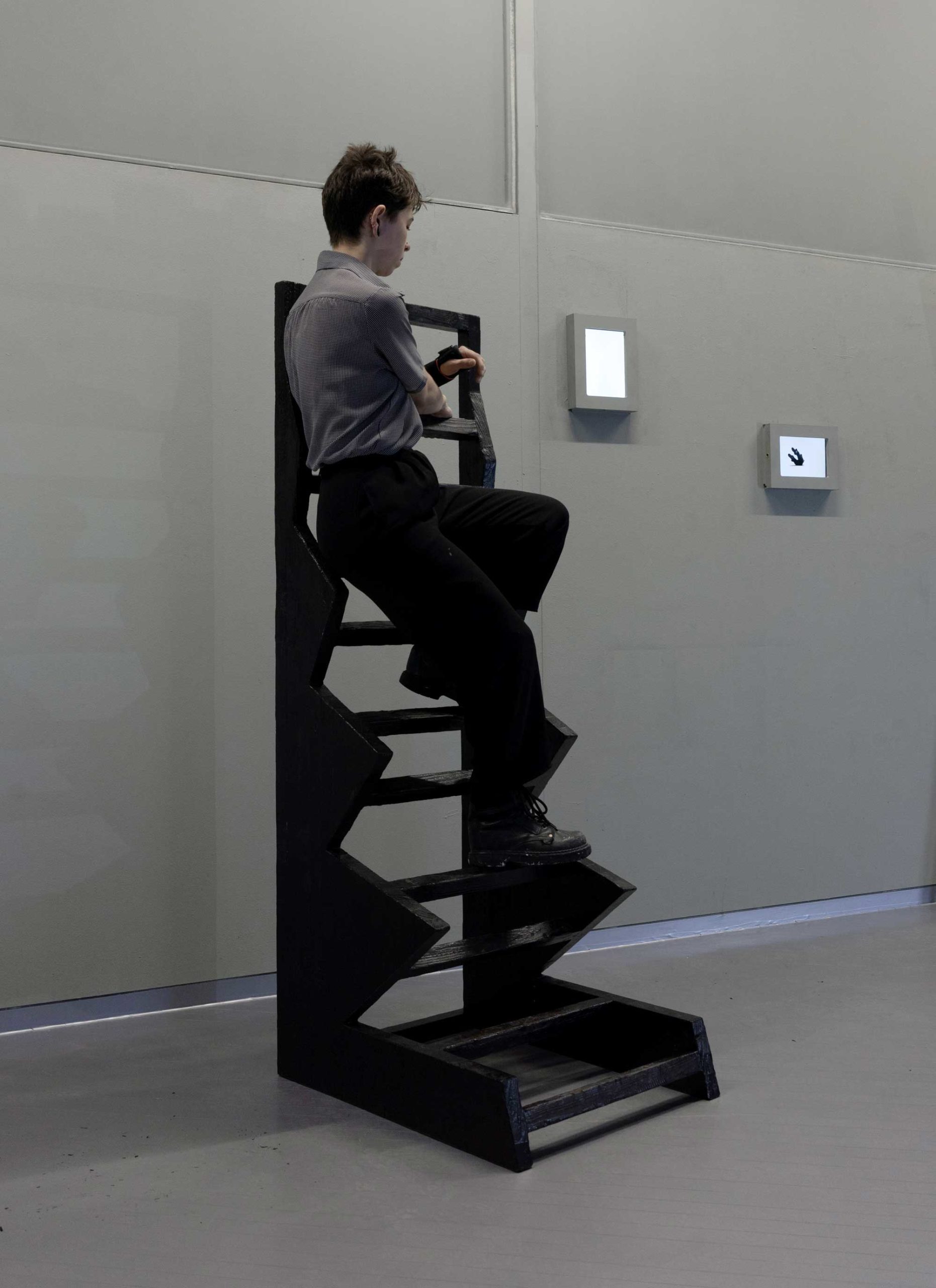 ‘To behave more compassionately towards a small number of identifiable victims than to a large number of anonymous ones.’ 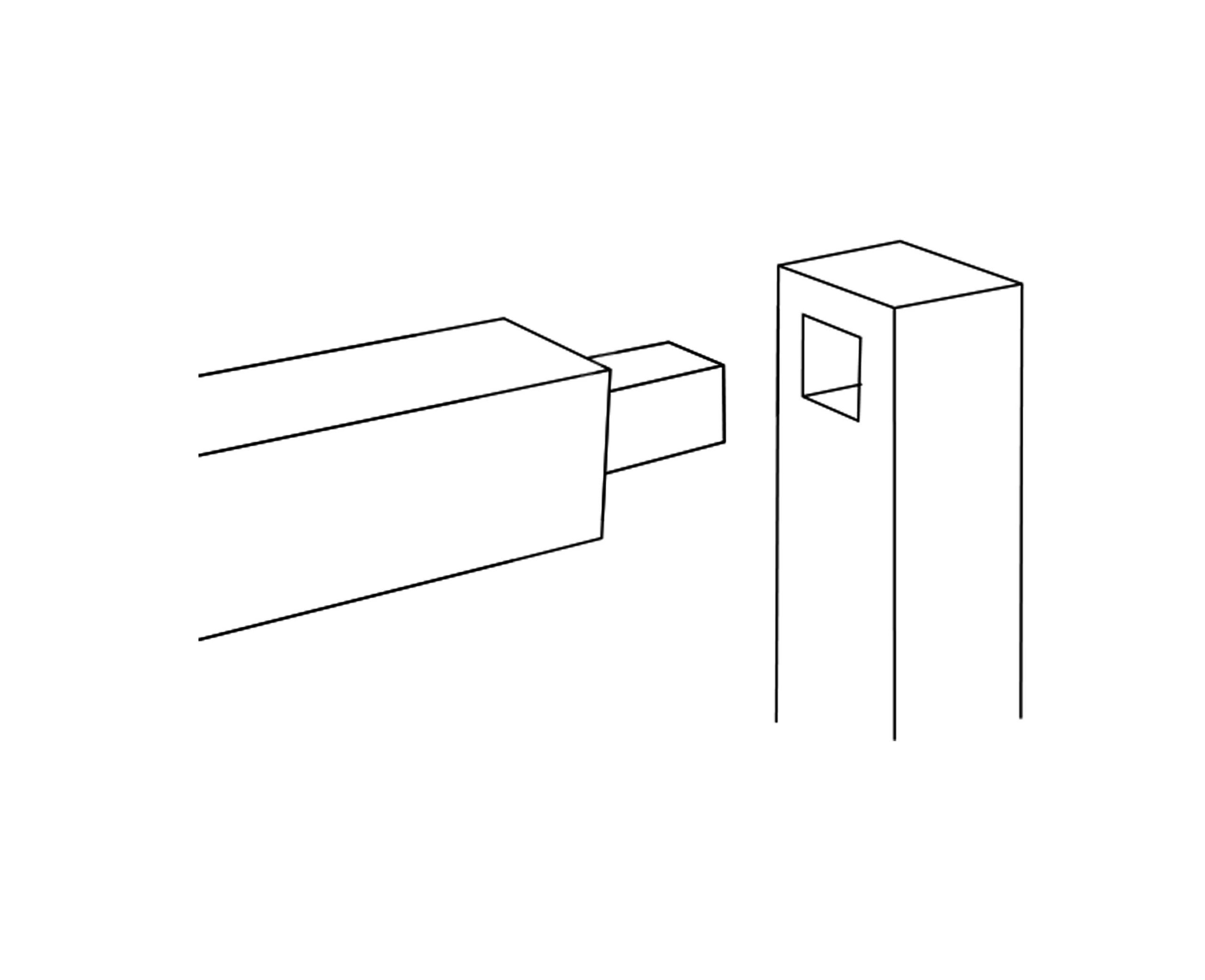 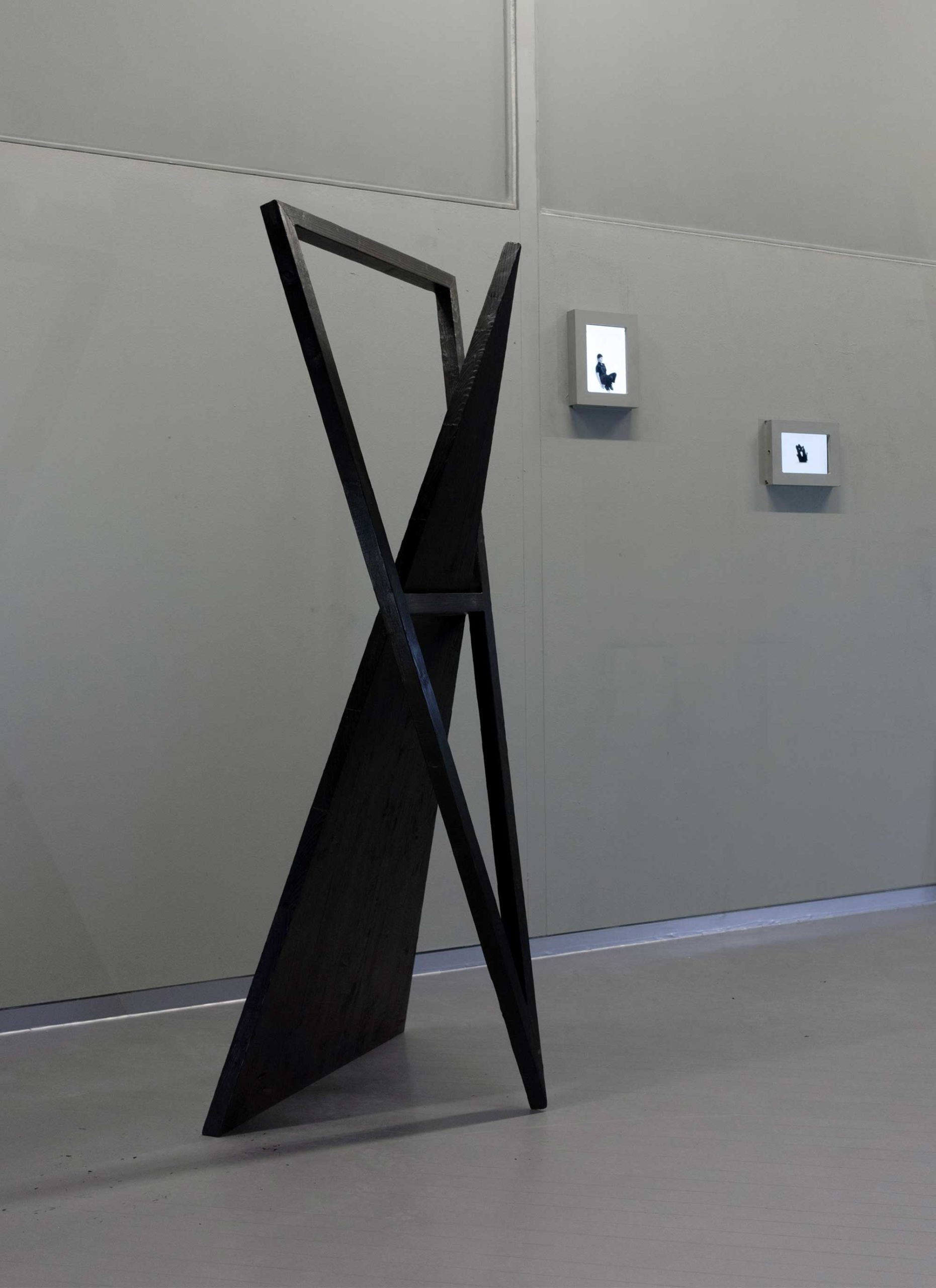 ‘To use human analogies as a basis for reasoning about other, less familiar, biological phenomena.’ 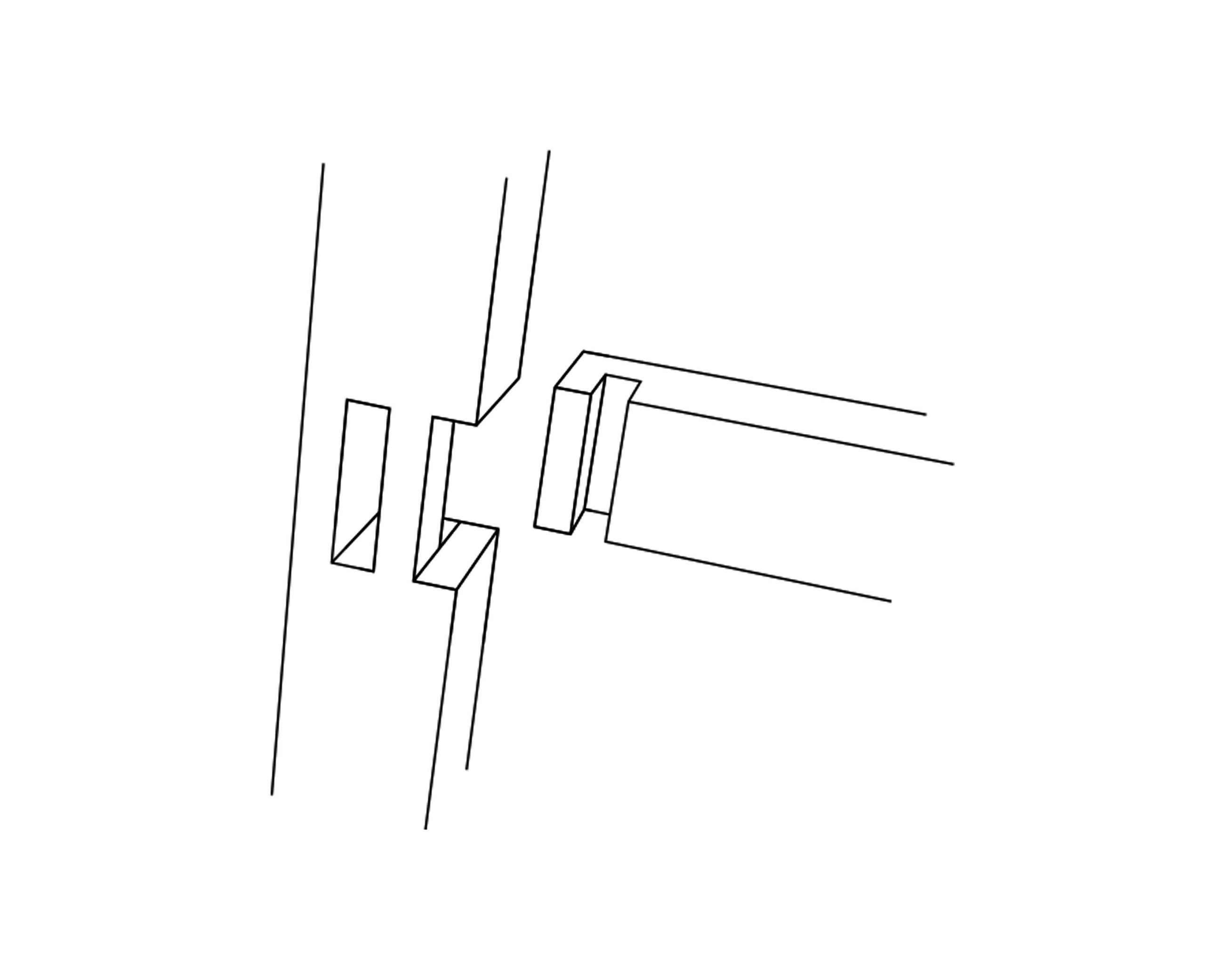 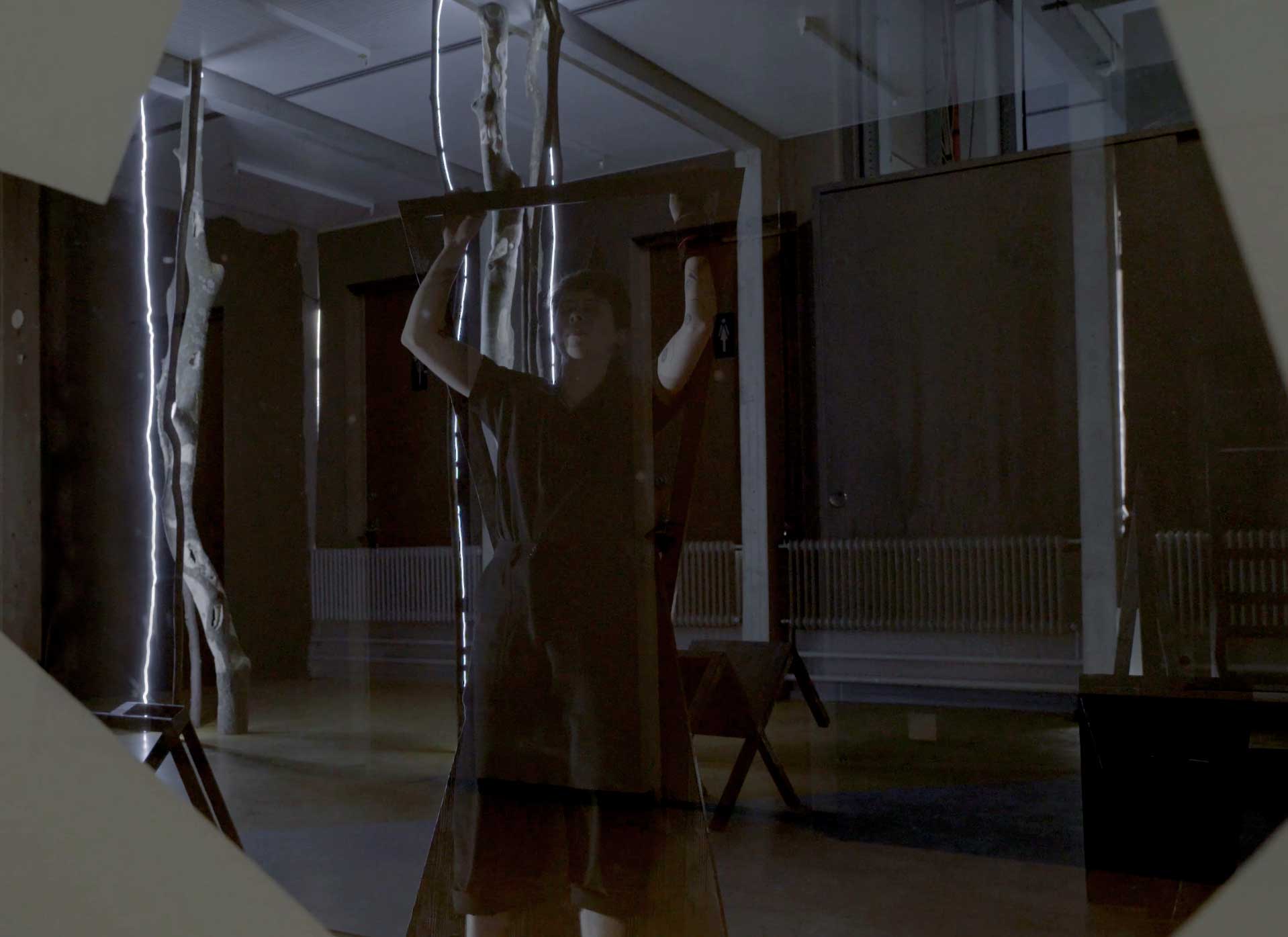 For it to loose its status of furniture, the wood beams are first burnt on high temperature, and treated with linen oil. The piece is then brushed hardly to soften the surface and create the texture.
The act of burning is destruction but also rebirth. The burn is a natural protection, again, as the biases. I only used construction beams because I wanted it to be only a structure. The plan here are beams that I planed and glued together, to make no difference between the seat and the foot for example. These chairs are skeleton of the mental human.

The serie ‘As far as I know’ is handcrafted by the technique of Japanese woodworking joint. It is a craftsmanship that involves complicated, interlocking wooden joints. No screws! Every angle is a combination of complexe shapes that comes together in a compact joining. 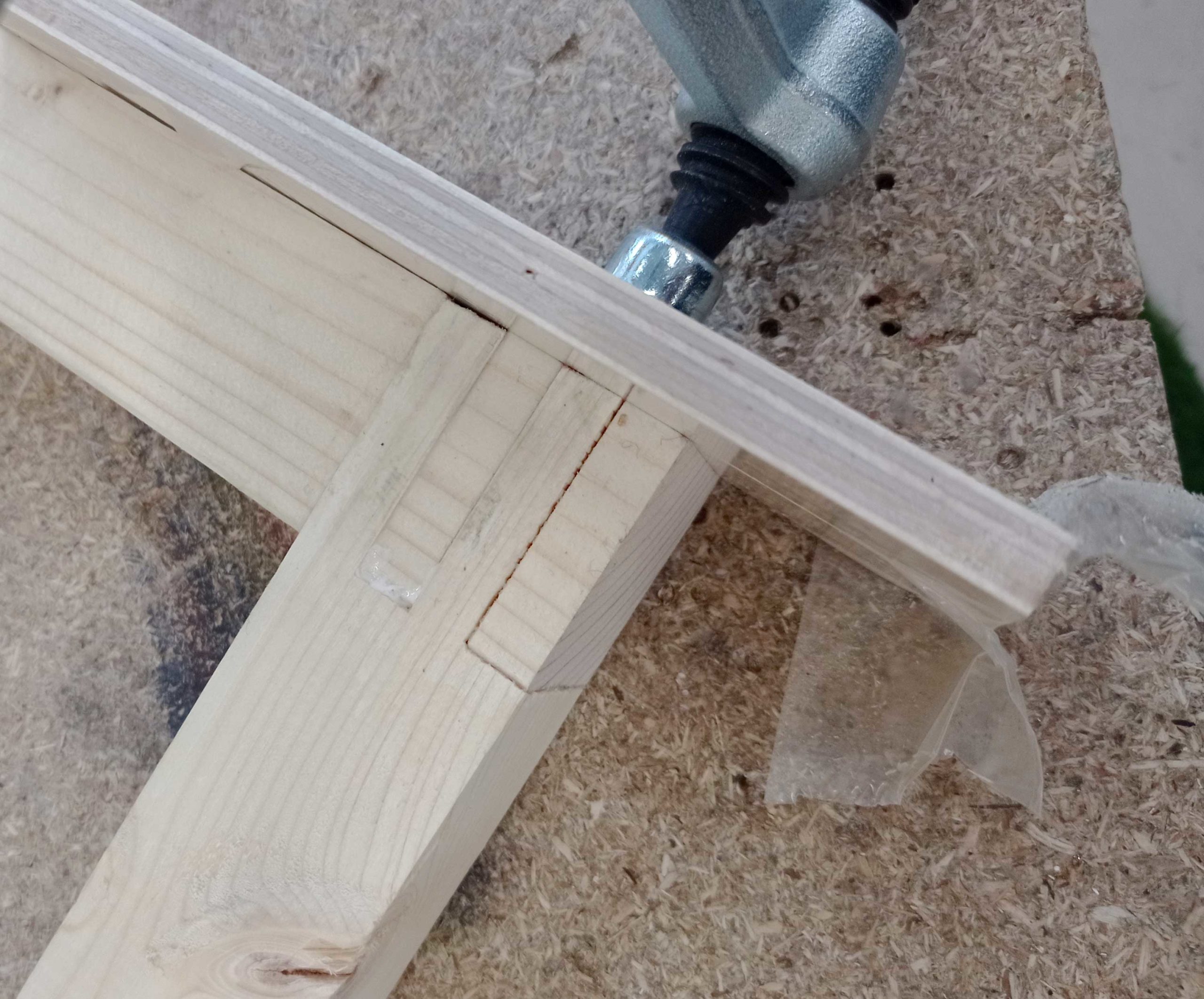 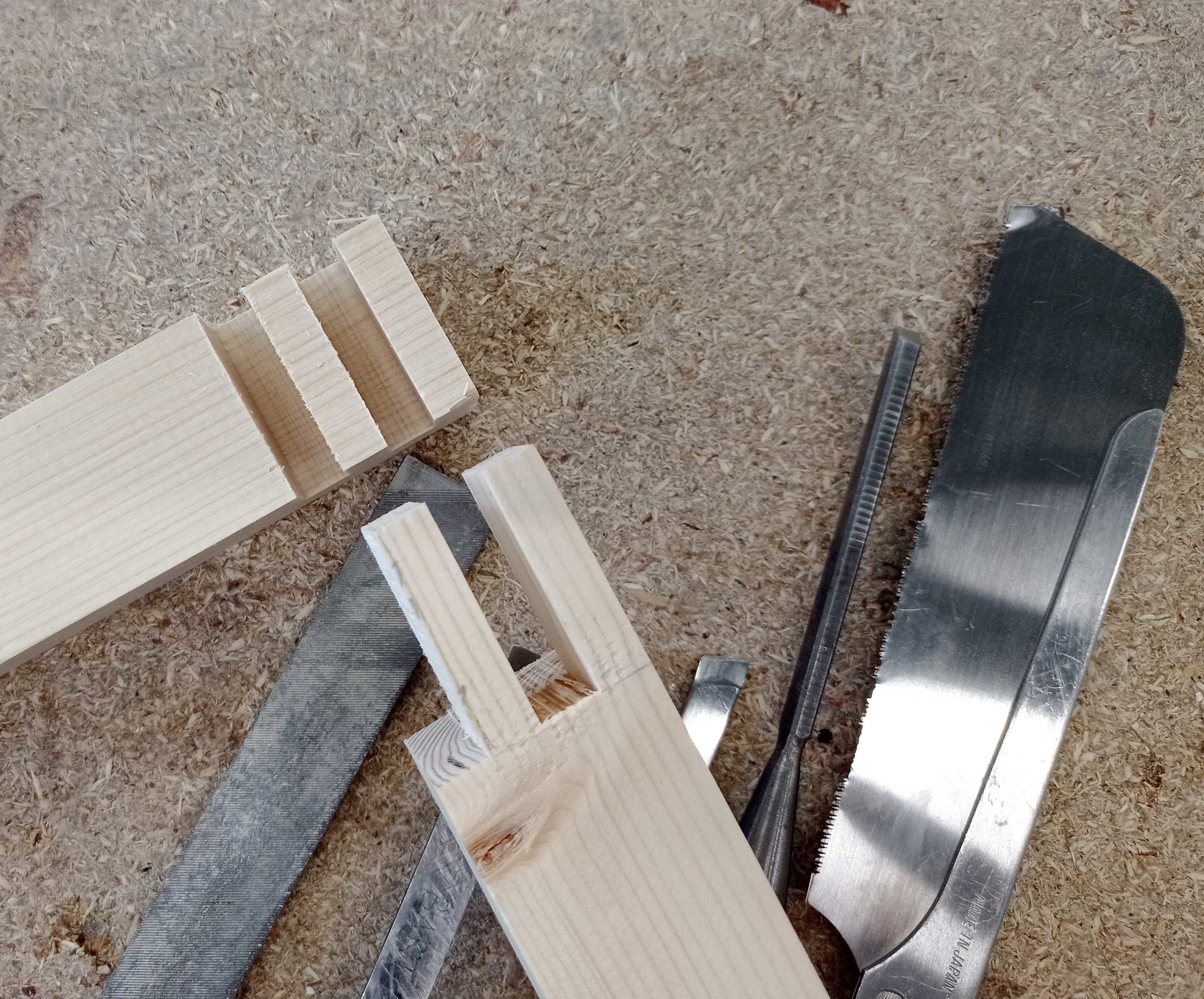 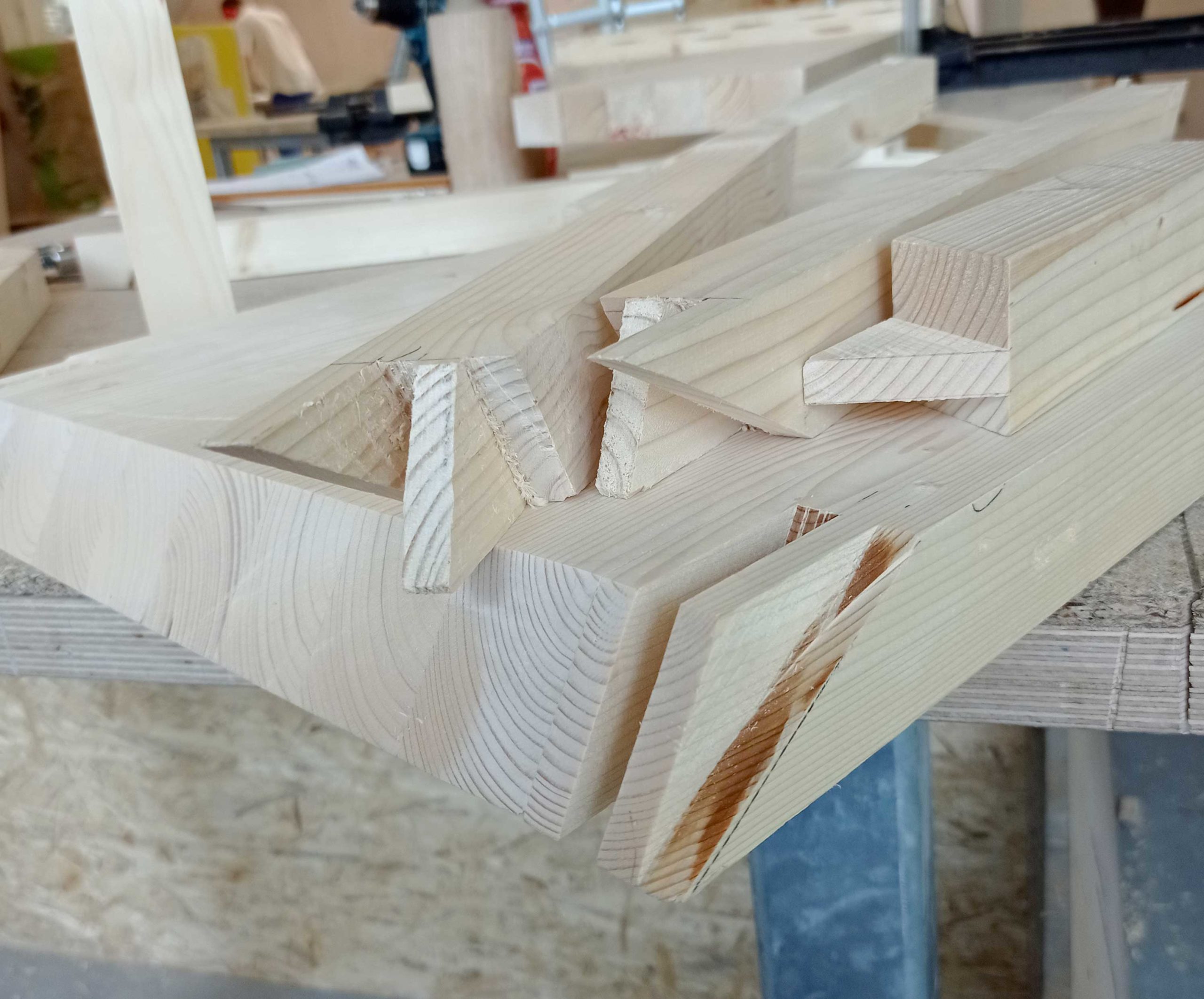 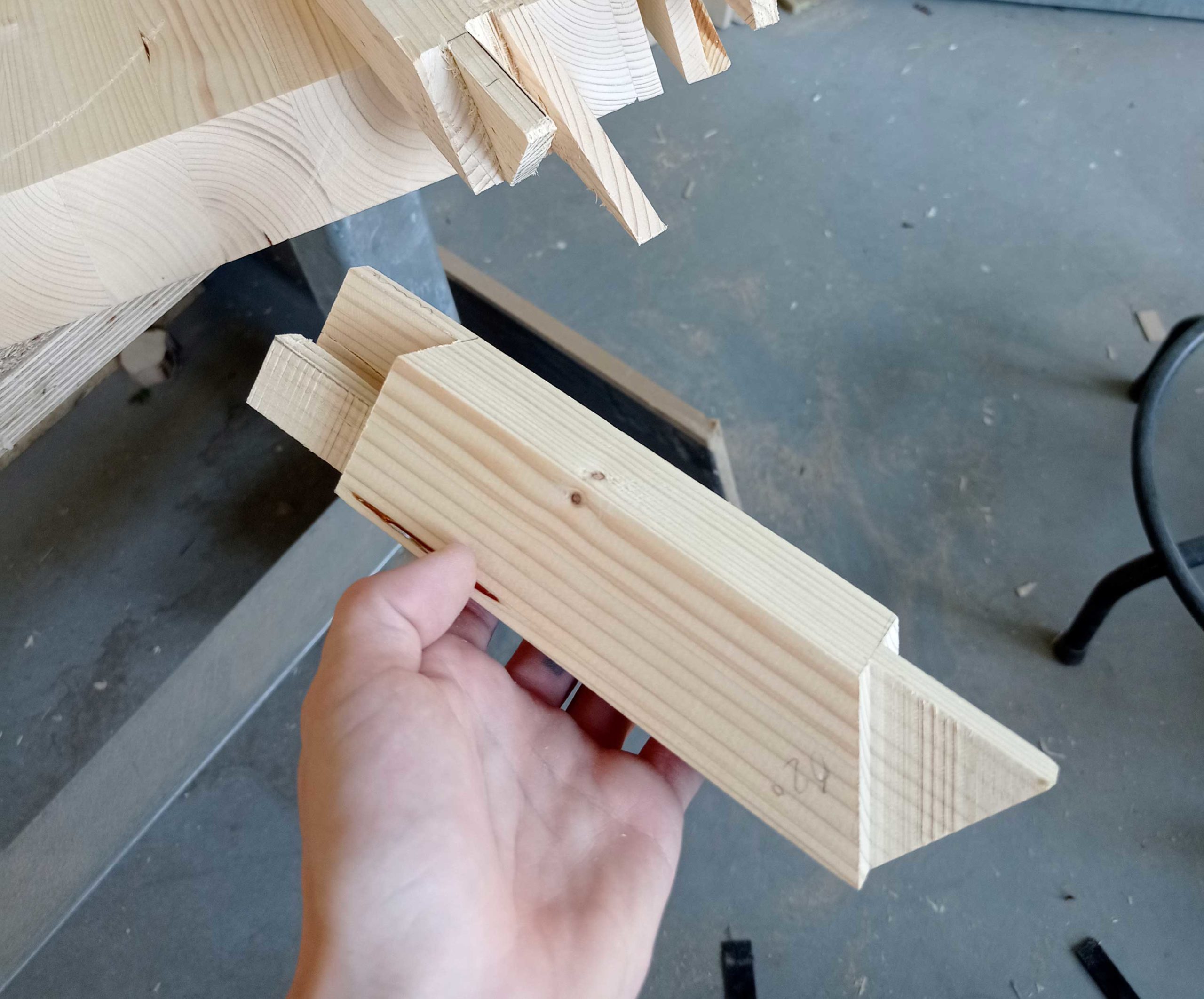 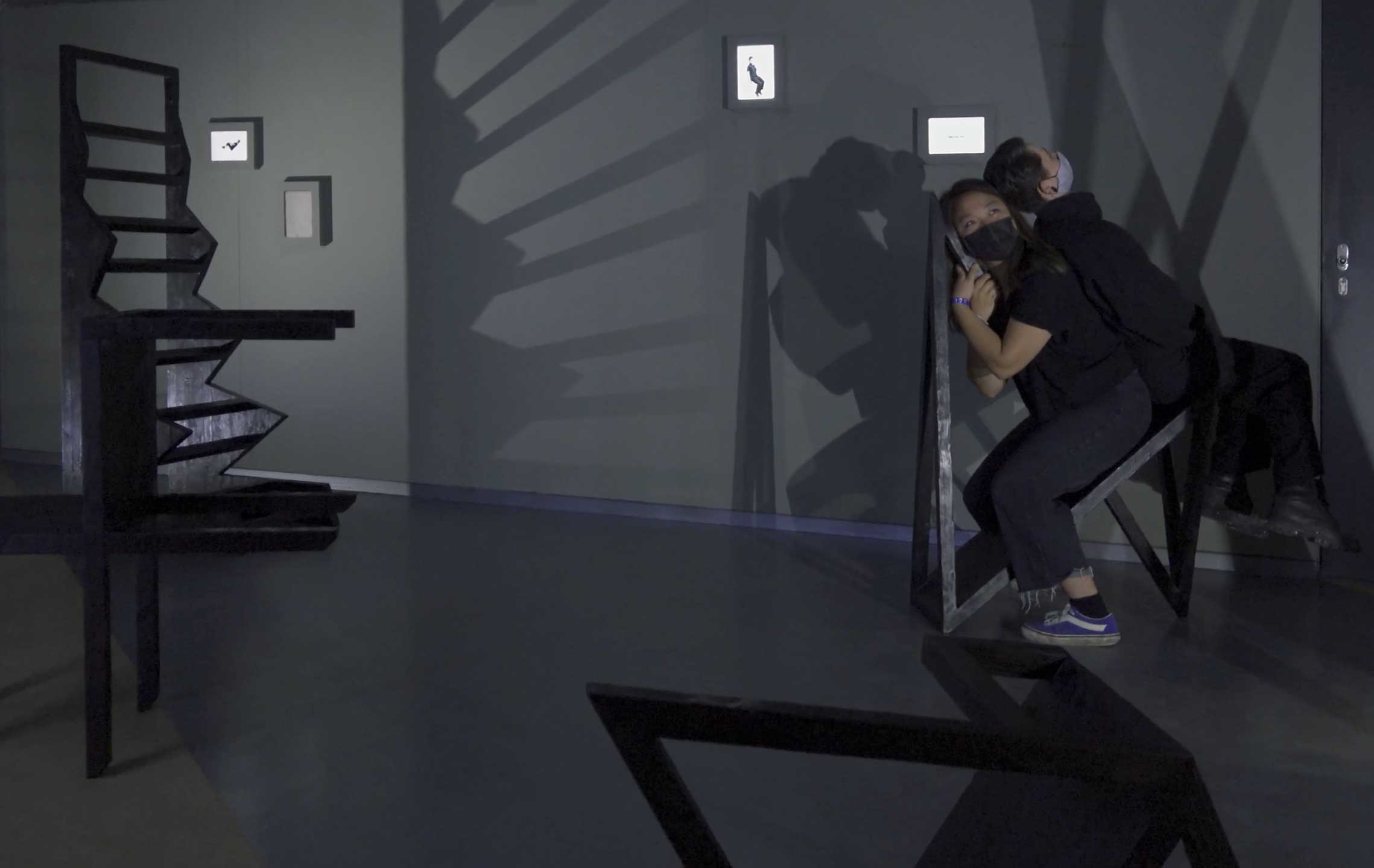 As a final set-up, they are display with light that emphasize the personality of each chair. The videos in the back are here to play a game : the public see a movement and is invited to find it in one of the chair. It also forces people to go through the chairs to reach the video, and then maybe to understand they can play around with them. 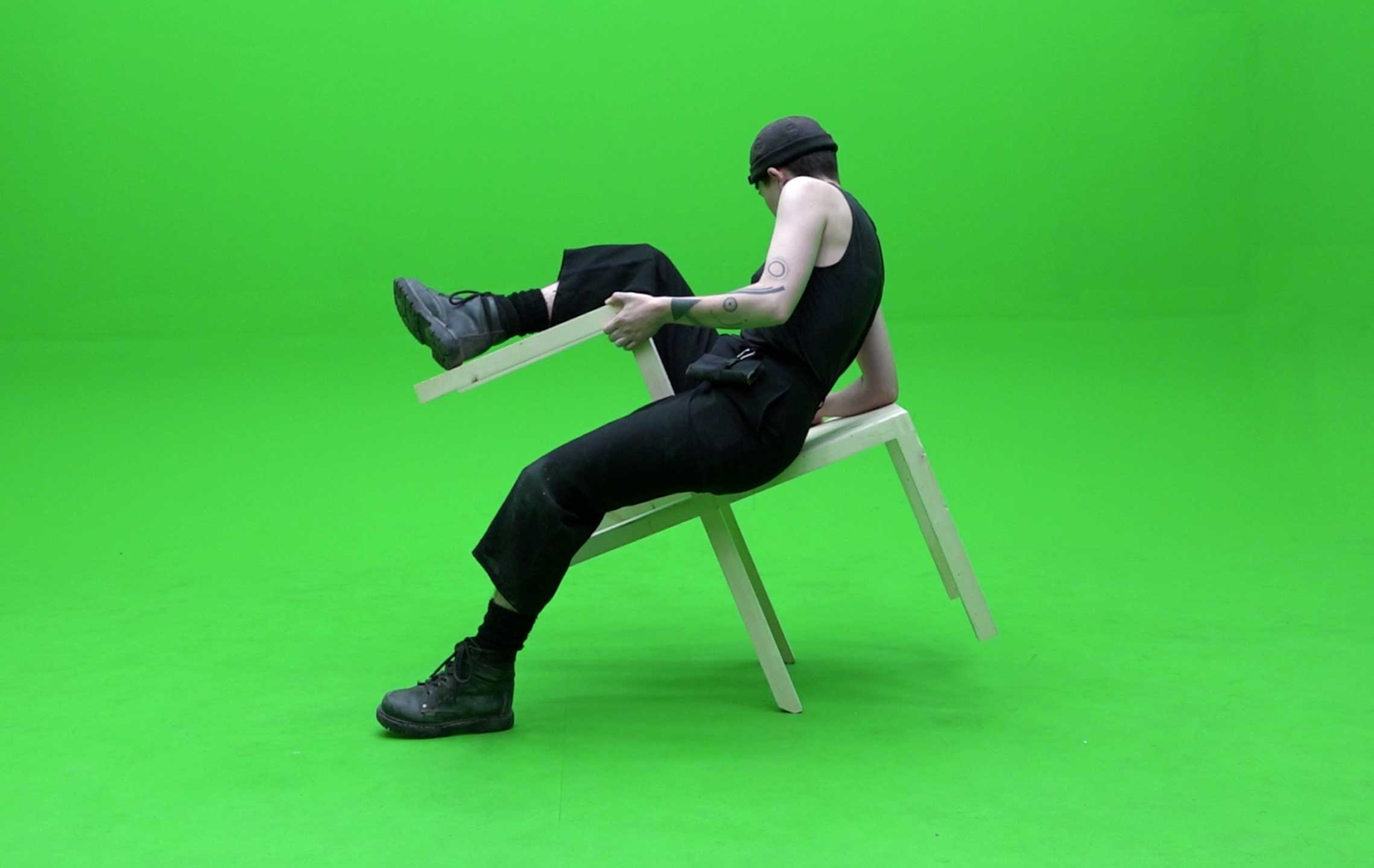 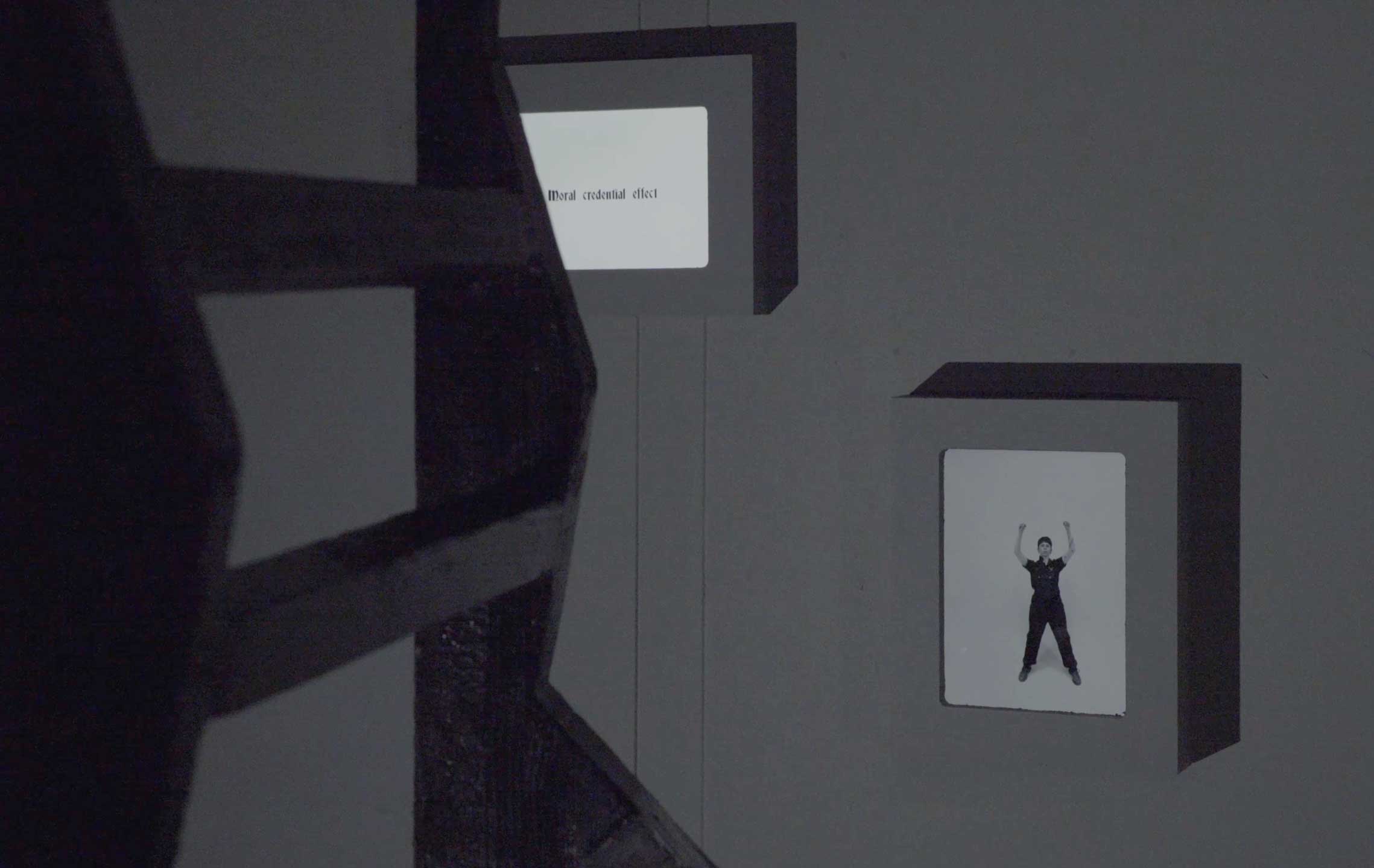 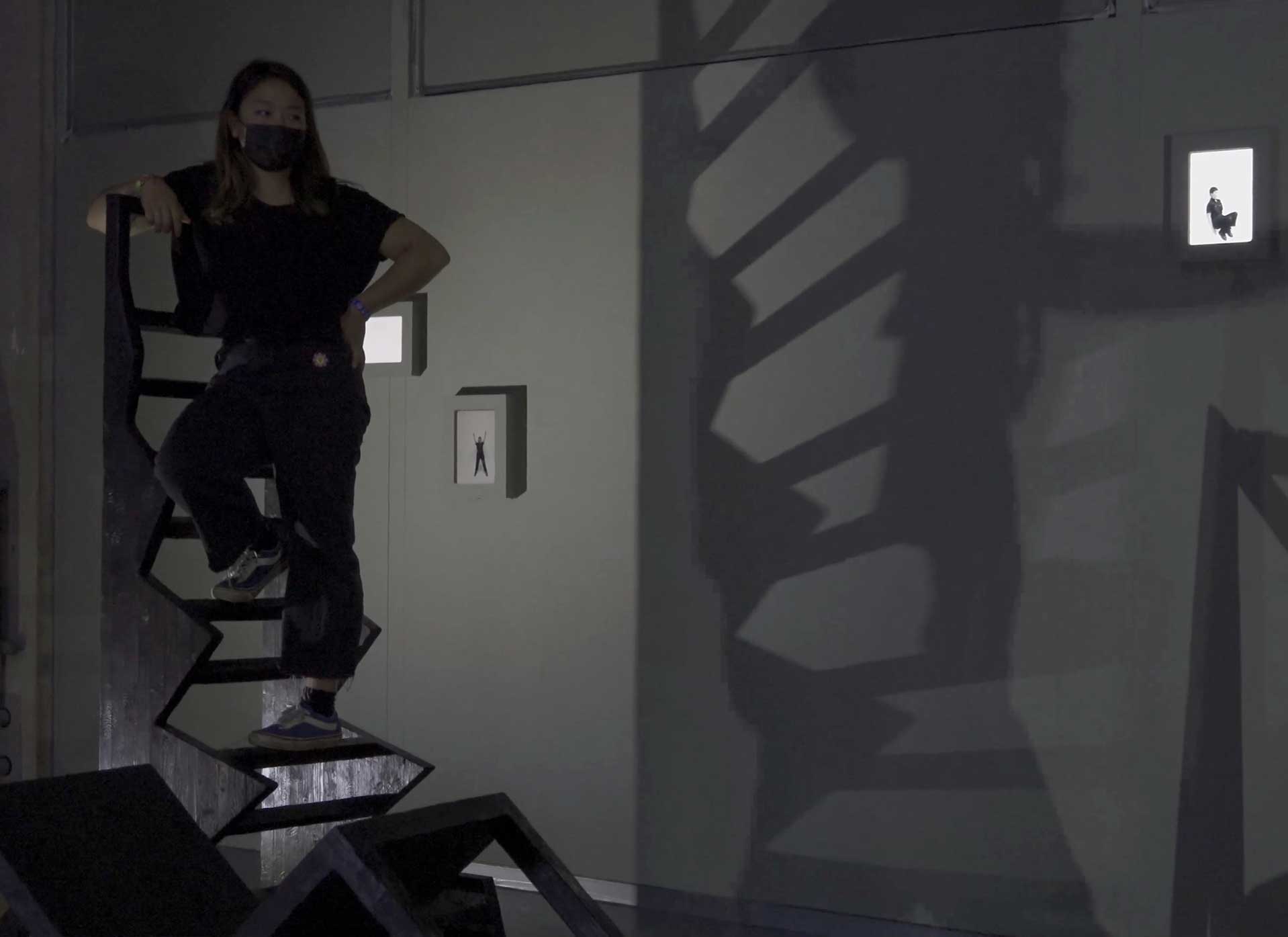 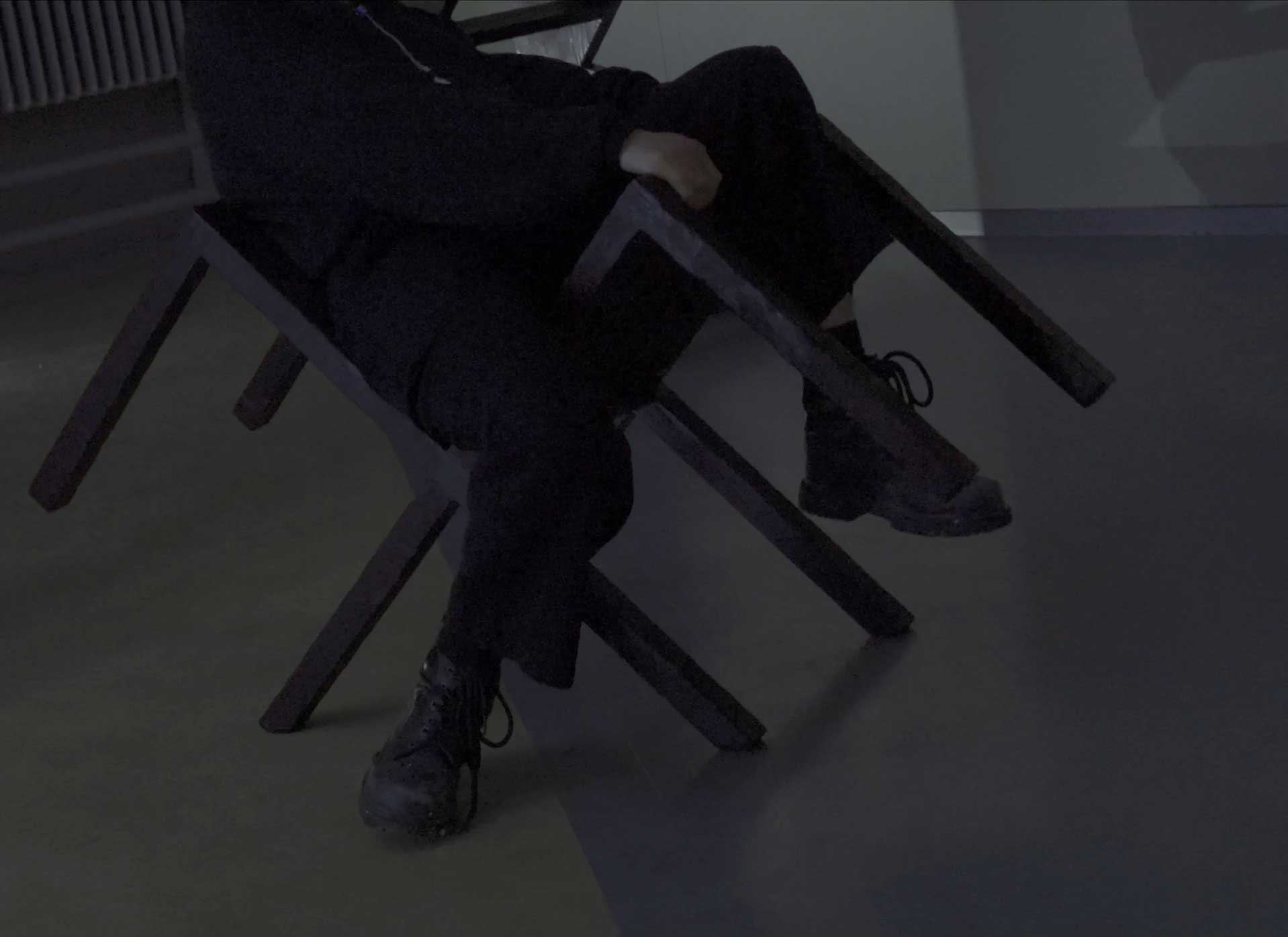 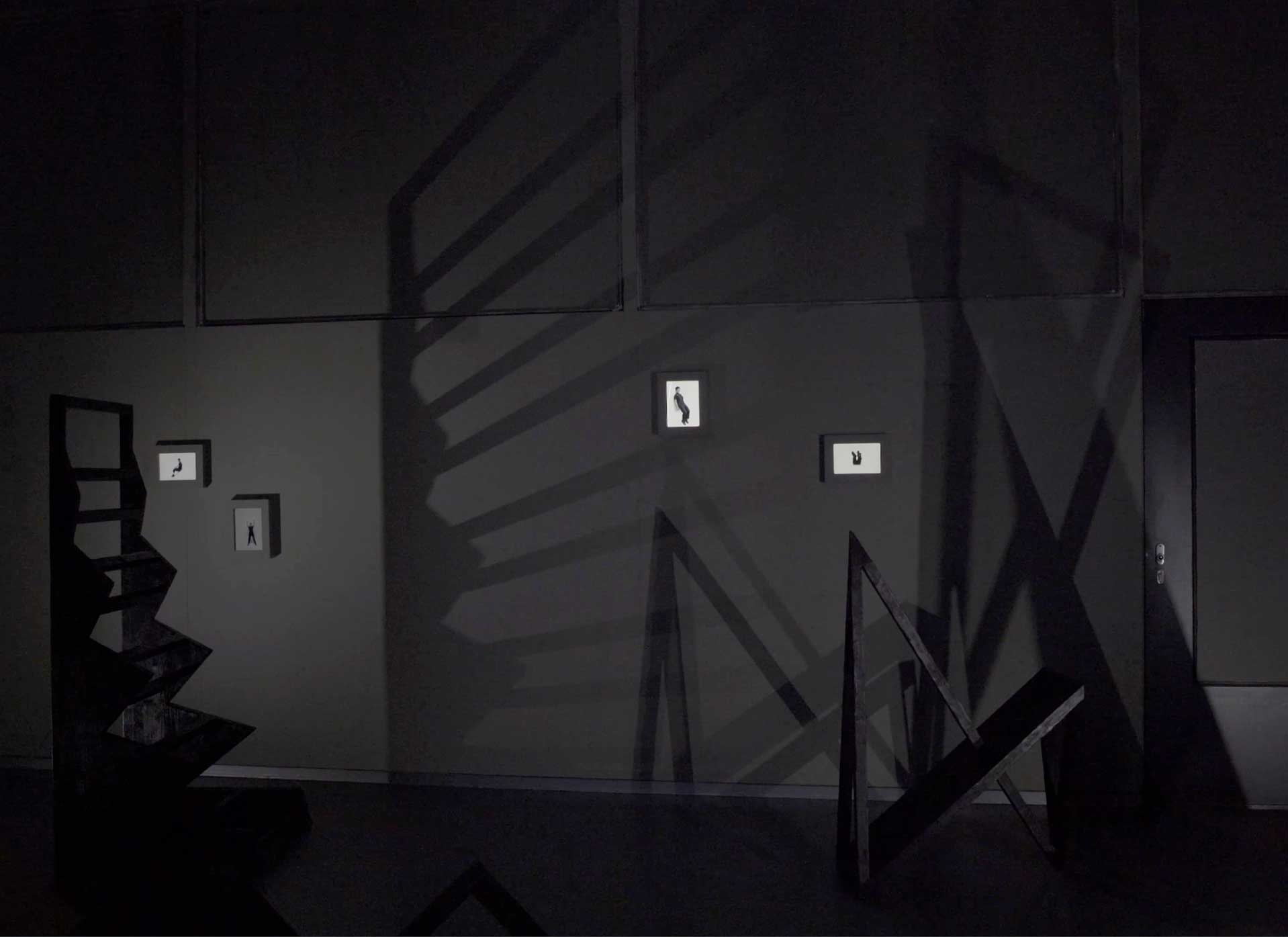